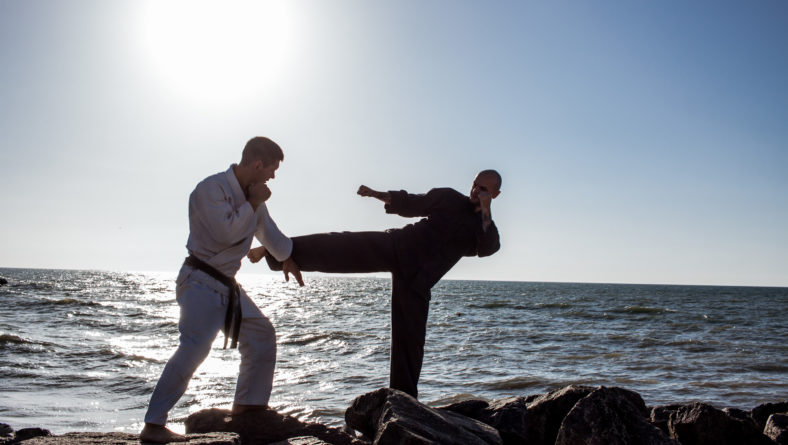 Warding patterns have been utilized for centuries in martial arts. Warding was utilized for defensive purposes to guard and protect, but also offensively to offset direction of energy. The benefits eventually made warding a viable training option in sports. Practicing warding patterns created awareness of bodyweight placement needed to hold the position (think basketball player boxing out), as well as a great strategy for muscle activation. Recently, the general fitness world has utilized warding as a safe effective strategy for body awareness, muscle activation through isometric holds, and a transition from bodyweight exercises to strength training with tools.

The Institute Of Motion defines warding as the ability for an individual to generate whole body tension against an external force, while maintaining the capacity to move. Benefits of warding are numerous and include:

Warding patterns can be practiced with a partner/coach or by oneself with various ways to tweak the warding pattern such as:

The move below is a drill we utilize for preperation or reconditioning purposes. We utilize a lunge hold while pre-postioning the hands rotationaly and enhancing the move with a band. The goal is to create whole body stiffness from the ground up. Practice keeping weight in the lunge foot from mid to forefoot through entire drill, while resisting the bands oppositional forces. Notice subtle shifts in weight with position of arms, and from right to left lunge holds. Practice each position for 6 sets of 6 second holds.