Do you deserve to be lifting that much weight?

You’re training for your sport, lifting to get stronger, but do you deserve to be deadlifting, squatting or benching the weight that’s on the bar?   It’s an important question to ask yourself.  Going too big without building the proper foundation first can lead to injury and stall performance gains.

I recently had an athlete come in who was experiencing hip discomfort and low back pain when lifting.  This individual was very experienced in strength training.  During the initial phase of our assessment we choose a few of the exercises he was performing in his sessions, one of them being the deadlift.  When he performed his deadlift I made sure to film him and placed a GYKO sensor above his sacrum on the hollow of his back.  The GYKO sensor measures sway.  What we found using the camera and the sensor was that he was favoring his right hip as he was performing his reps.  You can see this in the pictures below:

In this side by side still shot of the deadlift you can clearly see how the ride line starts in the center of his body in the first picture, but becomes off center by the second picture. 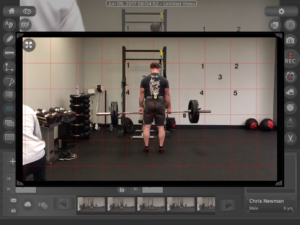 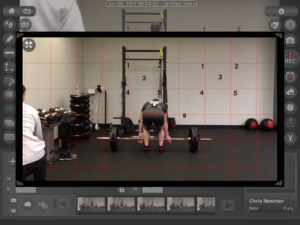 Also, looking at the path of the GYKO sensor which traces his hips on each rep, we should see a straight up and down line, but instead we see a clear shift to the right towards the top of each repetition. 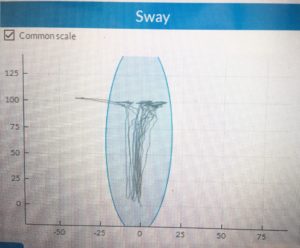 After watching the deadlift being performed and seeing the results, I began a flexibility/stability assessment on the client.  What we found was although the right posterior and outer hip was stronger, it was clearly tighter.  Even more interesting, when we called upon the left posterior hip to perform stability work, it was clearly not as strong as the right.  This concluded two things: his hip and low back pain were most likely caused by an imbalance of strength and mobility at the hips and that he shouldn’t be deadlifting the amount that he was, because he was clearly compensating.

Two months later since this assessment, after giving this client a customized program to address the imbalances found and lowering his deadlifting weight, he is no longer in pain and is deadlifting more now than he was when he first came in for his assessment.

This case shows the importance of how big a role a proper foundation of flexibility and stability play in staying out of pain and making continual lifting gains.  Make sure in your lifting program that you are making time for flexibility and stability training, and not just staying focused on adding more weight to the bar each week.  So, do you deserve to be lifting that much weight?